Release information appears on a lot of artifact types. In some tools, the release itself is a first class citizen; in others, the release is a field on a work item.

This release pattern makes it easier to designate one tool as the source or 'master' of the release artifact and use synchronization to populate the release artifact to other tools to be consumed there. It mirrors a release created in one tool, for example a Release Orchestration and Automation tool, and synchronizes it (with name, description, start & end dates, status, and other fields) into other tools, e.g. Agile planning tools. As the release progresses, its status is visible in all tools. 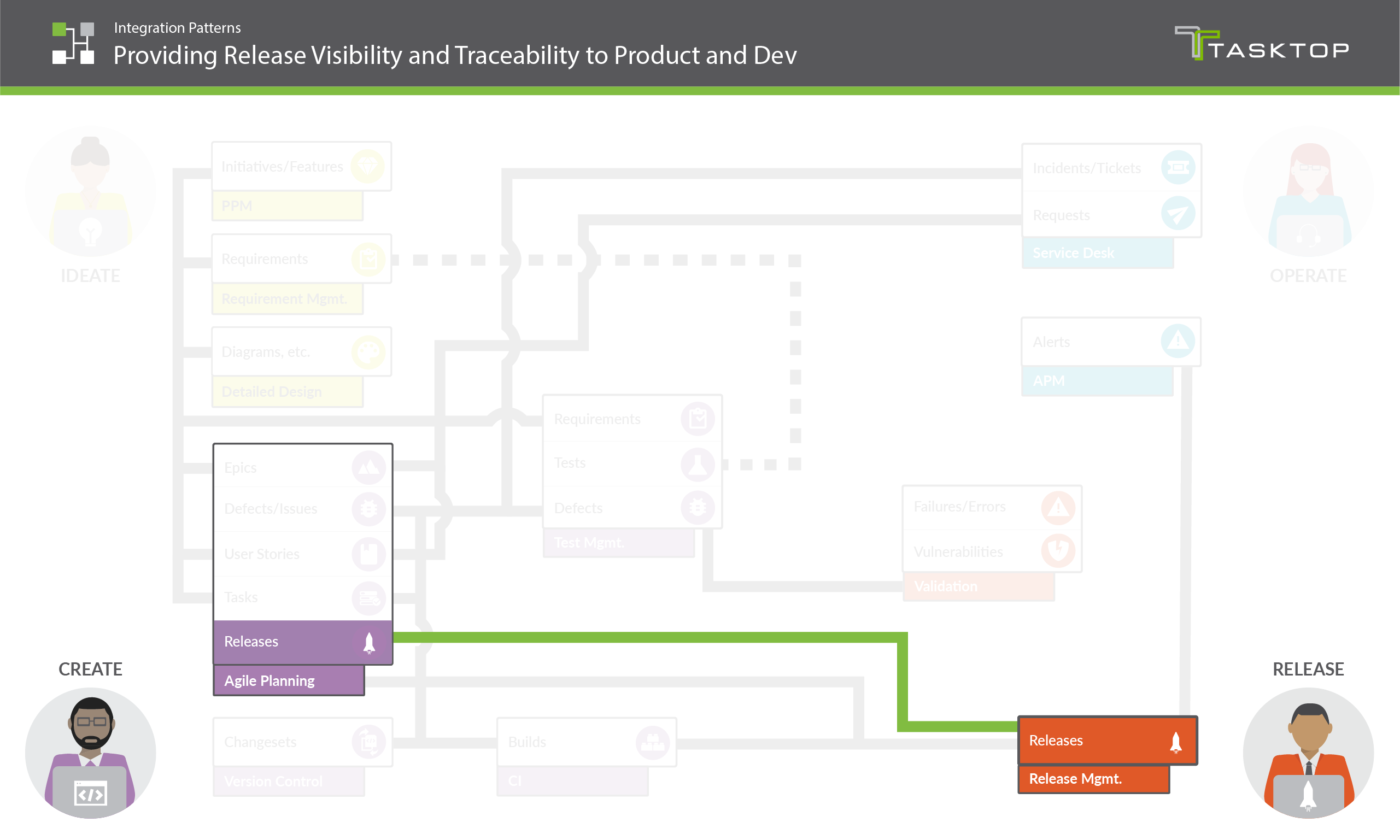 Example of this Pattern